It's estimated that anywhere from 30-40% of edible food is wasted.

Organics make up about a third of the Minnesota waste stream and are present at all levels of the food system.

Why should we care?

In 2010, the USDA estimated that at just retail and consumer levels, we wasted 133 billion pounds of food, which is worth $161 billion. A family of four loses an average of $1,500 a year due to wasted food. Once the wasted food ends up in the landfill, it releases methane, a greenhouse gas 25 times more powerful than carbon dioxide.

If food waste was a country, it would be the third most emitting count 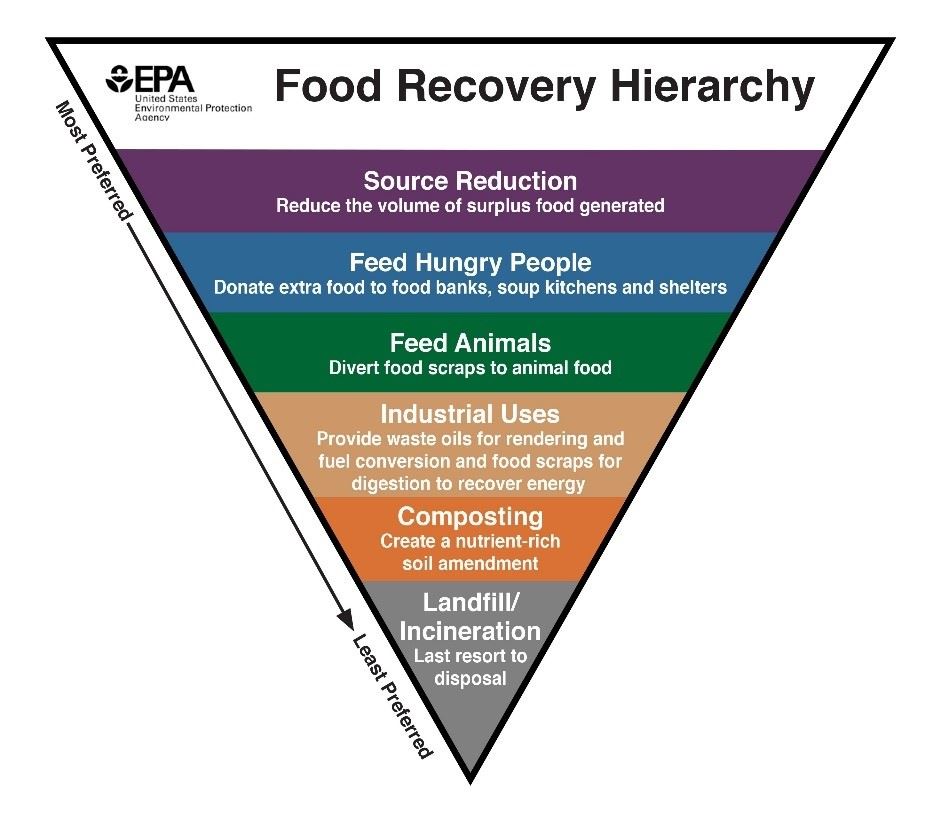 ry after only China and the United States. Despite all the food going to waste, one in seven Americans is food insecure.

Reducing the amount of food we waste by just 15% would feed more than 25 million Americans each year.

What should we do?

The EPA’s Food Recovery Hierarchy shows the order of preference for preventing and diverting wasted food. Reducing the amount of extra food created is the most desirable solution and the landfill should be a last resort.