Rice County provides the following economic development incentives, and is committed to meeting the financial and tax needs of our business partners. This includes finding creative solutions to financial needs, helping to identify resources and understanding the role of tax incentives in determining business location and growth needs.

To stimulate private sector investment in facilities and equipment in order to create/retain jobs for local residents and to upgrade facilities to maintain competitiveness and/or boost productivity; and provide affordable loans for expansion and/or rehabilitation of commercial and industrial buildings in order to maintain the commercial and industrial viability of Rice County and its communities. A pair of agreements approved Sept. 13, 2022 will help a longtime manufacturer nearly double the size of its facility, automate its processes and upskill its workforce.

The company, located on 17.3 acres in northwest Faribault. plans to construct a $32 million, 70,000 square-foot expansion. It employs about 160 locally.

In an August meeting of the two boards, Kuennen noted that Tru Vue, like companies across the nation, has struggled to fill open positions, using temporary workers to fill the gaps. The automation, she said, will limit its reliance on temps.

Jim Purfeerst, Rice County Board of Commissioners chair, was happy to support the plans. “This is a good opportunity to bring economic growth into Rice County,” he said.

Tru Vue and Viracon, which operates an architectural glass manufacturing facility in Owatonna, are both subsidiaries of Apogee Enterprises. The Rice County Board of Commissioners have agreed in principle to help subsidize a drug and alcohol treatment center set to locate in Faribault.

Rice County Sheriff Jesse Thomas, Faribault Police Chief John Sherwin and both of their predecessors have spoken often about the lack of local options for area residents seeking treatment for drug and/or alcohol addiction, and the connection between substance abuse and other crimes such as theft and burglary.

According to information Sherwin shared with both boards, Rice County law enforcement has responded to 21 non-fatal overdoses and six fatal overdoses in the county in the last 12 months.

In 2021, 446 Rice County residents accessed treatment for chemical dependency, according to Sherwin. In 2019, there were 489, with 279 in residential treatment facilities. Only 4% of those could access treatment in the county.

The project, planned for Cardinal Avenue near the interstate will be built in phases. The first will include the outpatient facility. The inpatient facility, including space for those needing to detox, will come two to three years later, said Midwest Recovery President Michael McHugh.

A total of 40 full-time equivalent positions – ranging from $20/hour to $130,000/year – will be created. said Faribault Community and Economic Development Director Deanna Kuennen.

“…Midwest Recovery’s intentions of providing withdrawal management fill a critical and life-saving need in Faribault and Rice County,” Sherwin, and Kuennen said in a memo to both governmental bodies.

Currently, the closest detox facility is in Rochester; transporting individuals there removes an officer and squad car from the community for two hours. The alternative is the emergency room or to jail. But neither, Sherwin said, is a good solution.

“Detoxing is considered a medical condition and we are not long-term medical providers,” said Rice County Jail Administrator Jake Marinenko.

A public hearing on the proposed subsidy will be set for sometime this fall. Both the Board of Commissioners and City Council will then be asked to approve agreements with Midwest Recovery. 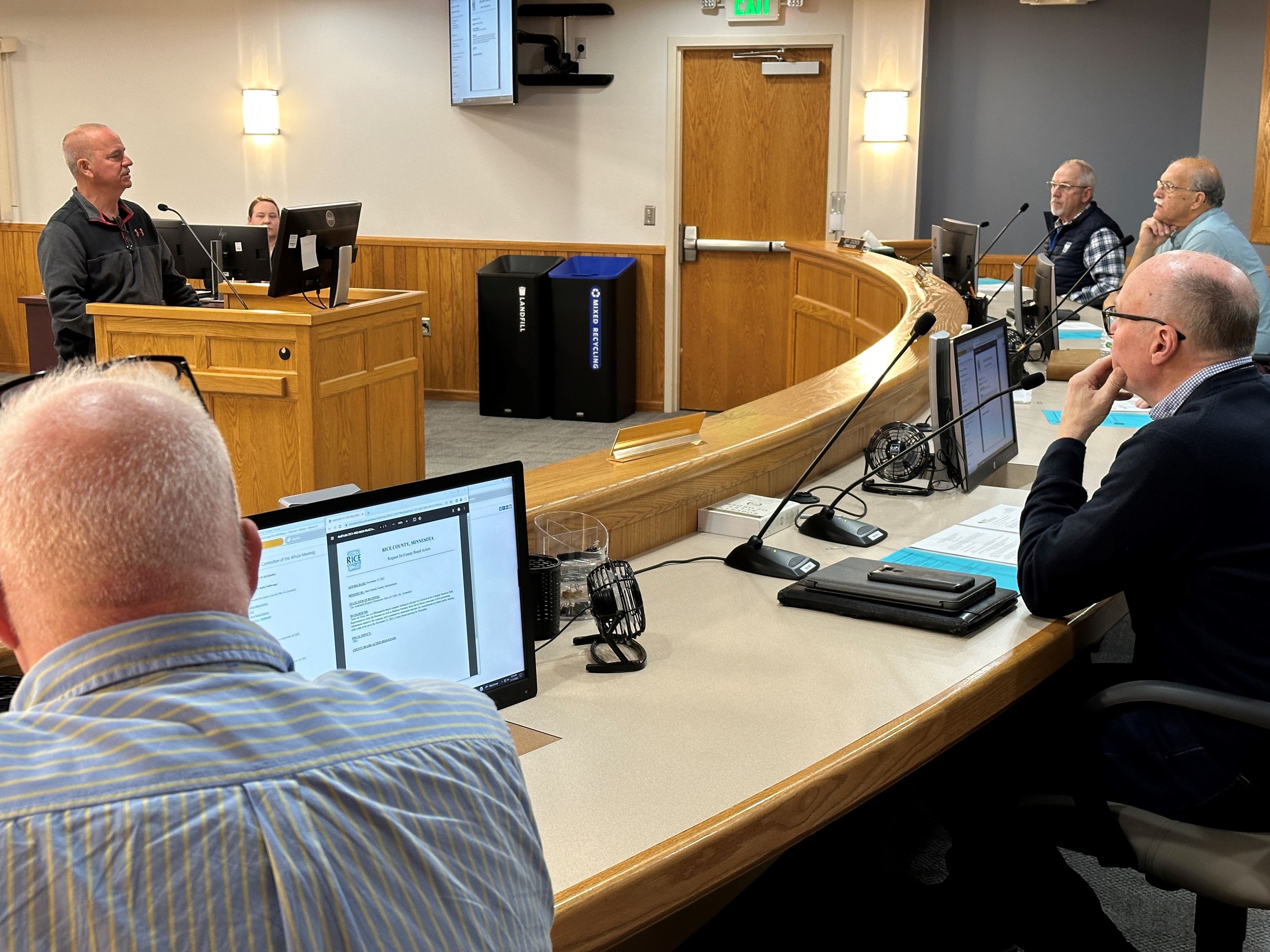 The Board of Commissioners has authorized a 10-year tax abatement for a Minneapolis company planning a move to the northern portion of Rice County.

Following a required public hearing Dec. 13, the board authorized an abatement of about $105,000 in taxes over the duration of the agreement.

“Lonsdale is a more desirable location,” Scan VP Operations Pete Johnson said of the move during the board’s Nov. 15 meeting.

Initially, the facility will employ 11 people, but may add another three full-time equivalent positions with a $17 per hour wage.

While the city of Lonsdale is not planning to abate its share of taxes, the city will subsidize about $284,000 in land acquisition and infrastructure costs.

The proposed abatement agreement is structured so 100% of the Rice County taxes will be abated for the first five years, beginning in 2023. The abatement will then be incrementally reduced for the next five.

Tax abatement is one of several tools utilized by local governments, including counties, to attract new businesses or assist existing employers looking to expand.